i decided it would be great to do a stall at camden market so on sunday my alarm sounded at 6:37 and i rolled (literally) out of bed. it was -1 degree outside. what on earth was i thinking?! crazy fool. i made my way across london to meet pedro of alfamarama. a hot chocolate was definitely required upon arrival and we were allocated a prime location upstairs in the market hall. great! now time to set up... 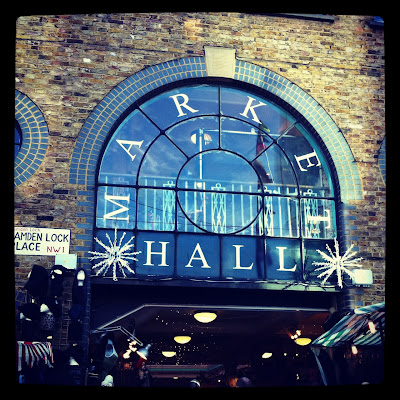 it's always surprising how long it can take to arrange a 3m x 1m space! but ta-dah! - here are some shots: 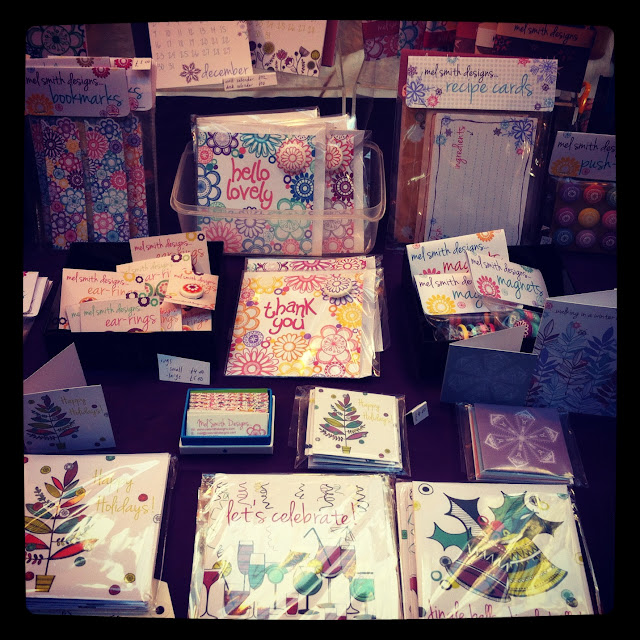 some new products for offer - push-pins, hair pins and bookmarks 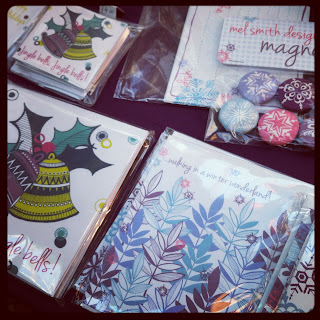 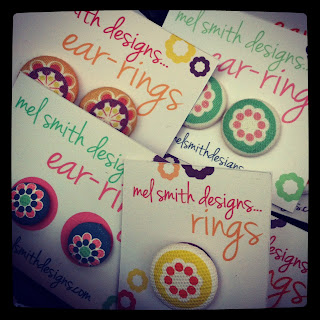 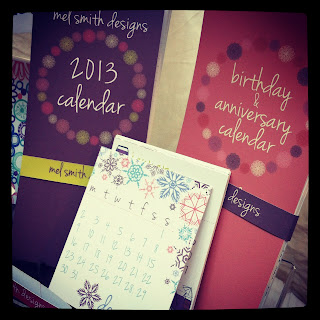 various calendars up for sale

pedro was still rearranging after 2 hours - such a perfectionist! :p he had some lovely products on offer - mugs, original screenprints, notebooks, and of course some mandatory Xmas cards for this time of year. he also brought with him some necklaces from lilu jewellery (she is his usual stall partner - i'm just the back up!) 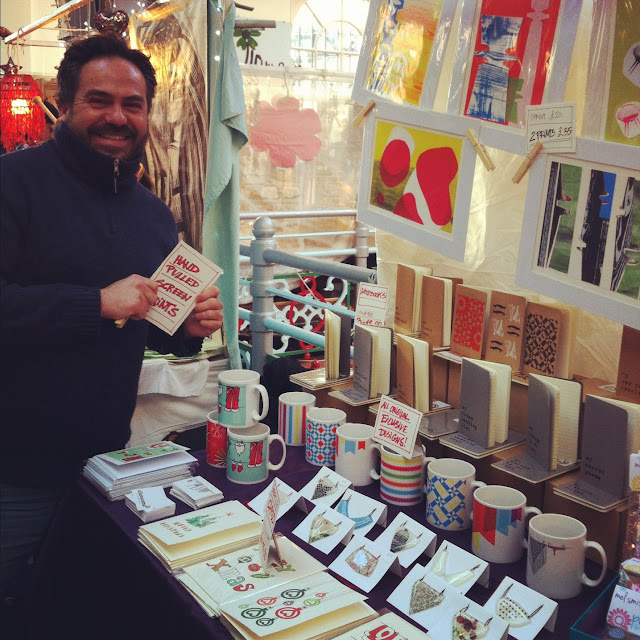 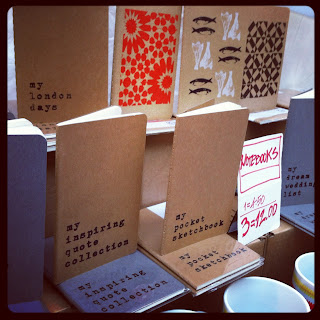 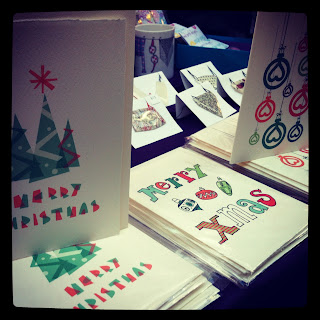 so all set - ready for lots of sales!

or maybe not. they came few and far between. it was a disappointingly slow day. we spoke to other regular stall holders and they felt the same. phew! at least it wasn't our products then! it seems things have changed dramatically from 10 years ago when camden was full of designer-maker goods and people were looking for something unique...nowadays it's pretty much full of tourists looking for a cheap 'londony' gift to take home. so despite everything being in our favour (it was the weekend straight after payday, we were now in december so people should be thinking xmas xmas xmas, it was a glorious sunny winters day...) we had a rather unsuccessful trip.

BUT - it was a good day none the less! we met some new people (libby mcmullin had a stall there shared with designer friend of 'mel & may', knicker designer extraordinaire!), we had some delightful cake-y goods and had some good rock n roll & xmas tunes to listen too! the welcome was warmer at camden by the market organisers than it was at spitalfields, but the customers aren't as suited to designer-maker goods and that's where i like spitalfields more...

...which is good because i have another stall at spitalfields coming up very soon - december 22nd - put it in your dairies now! pedro will also be holding a stall next weekend with the Designer Makers group at hackney down studios: 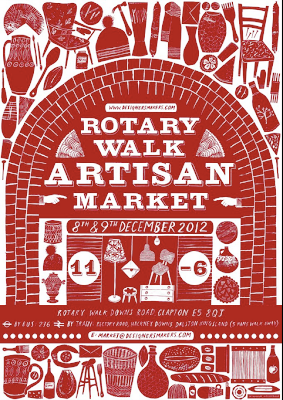