so the olympics are sadly over :( but now we have the paralympics :) yay!  i have been lucky enough to attend 2 events - track cycling at the velodrome and athletics at the olympic stadium. i know i have already posted pictures of the olympic park but it's so great i'm going to take you on another little tour...

so firstly - welcome to the olympic park! 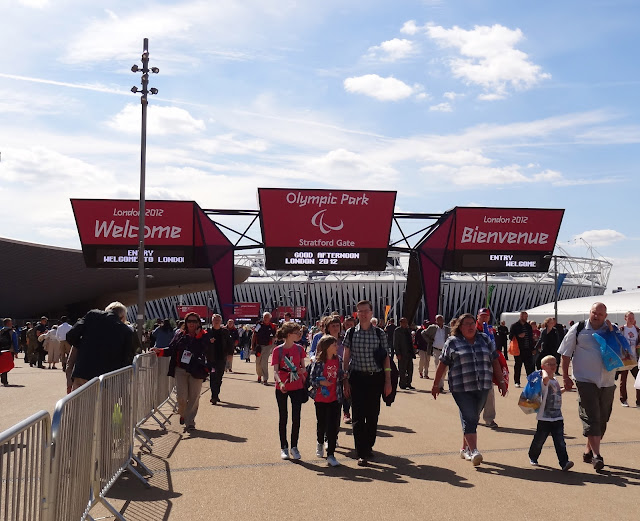 and then off to the velodrome! (am i allowed to name drop and say i know one of the dudes that designed this?! ;) ) i had tickets to the cycling track event on friday featuring the women's time trial finals and the mens pursuit qualifiers... 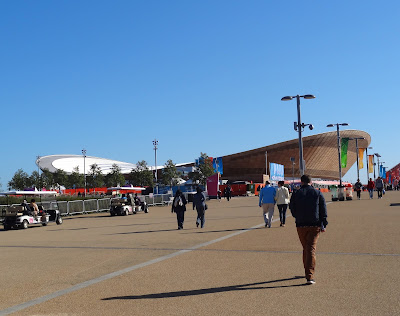 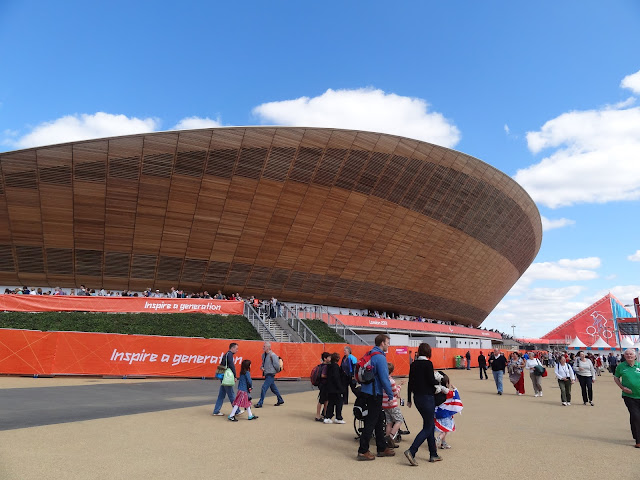 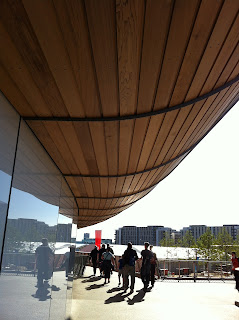 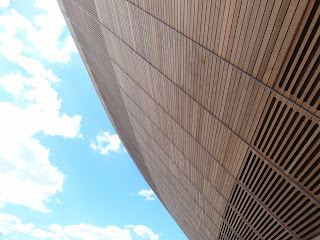 and inside was no less spectacular... 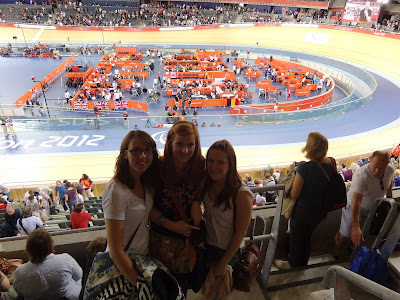 friend alice, friend Caroline, and me in front of Camp Team GB! 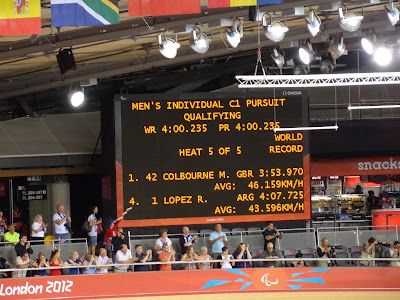 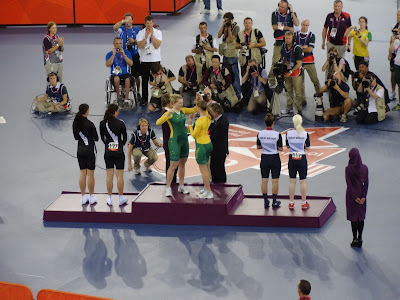 gold for aussies, silver for Team GB, bronze for NZ

this is 'the beat box'. it is actually an instrument (so they say). there are special panels inside that when touched plays parts of the official coca cola olympics song. he song was produced by mark ronson and the sounds all come from different olympic events e.g. the heavy breathing of an athlete, the clicking of a ping-pong ball, the wooshing of an arrow  from the archery events and so on. so one panel plays the individual elements and then you get to hear it all out together at the end and get a free bottle of coca cola. great! 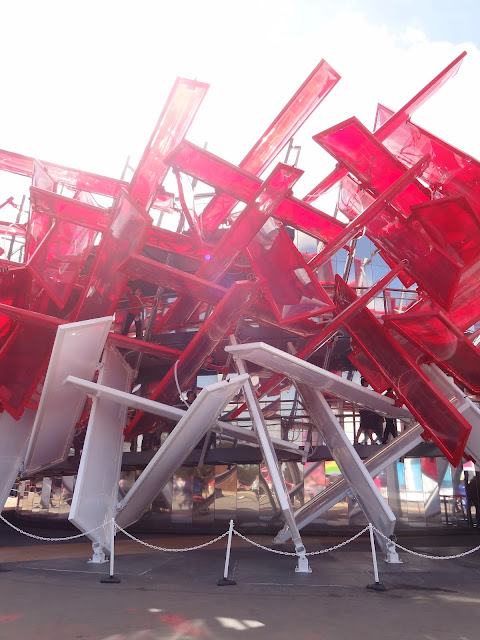 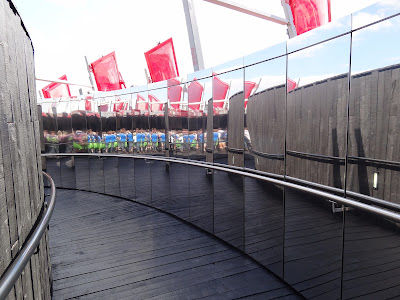 inside 'the beat box'

the best bit was these amazing lights - as they open and close they also change colour...want! 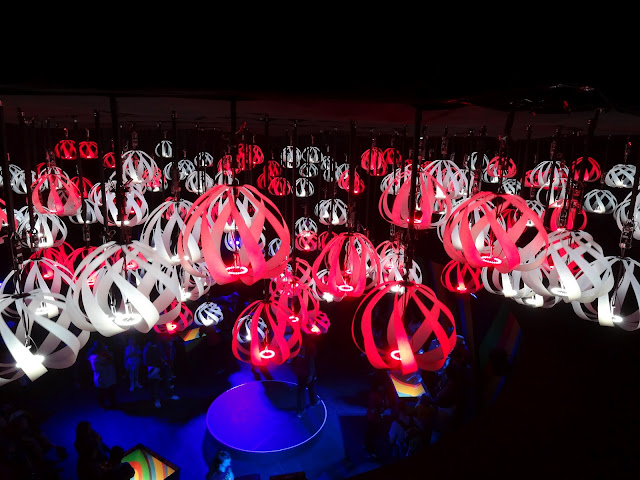 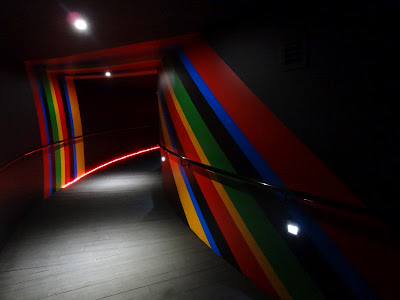 i was told this is where the bbc studio was during the olympics (personally, i was more taken by the colours!): 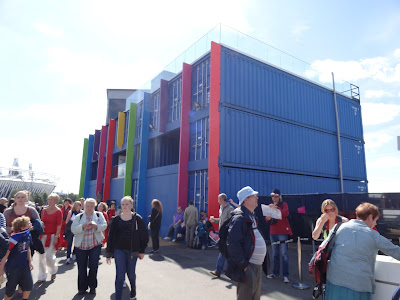 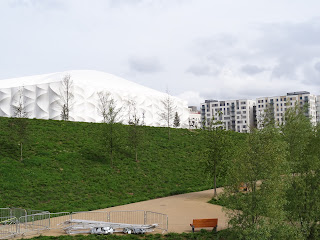 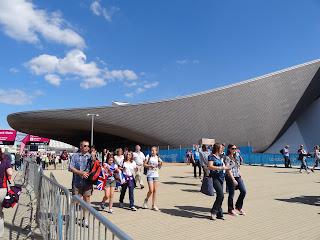 and then on sunday i was off to the park again to watch the athletics! welcome to the olympic stadium! 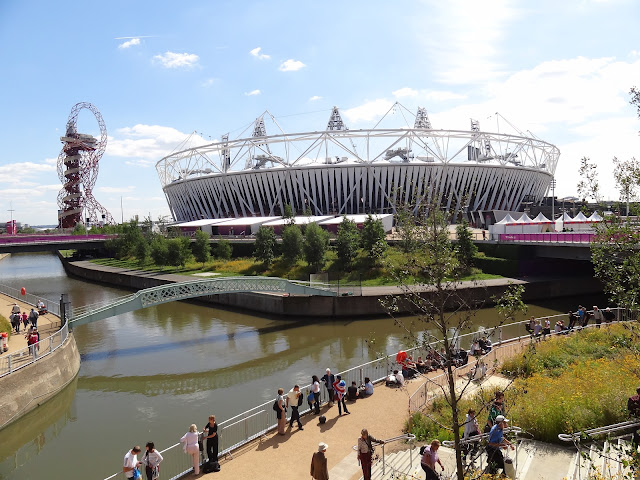 the orbit and the olympic stadium 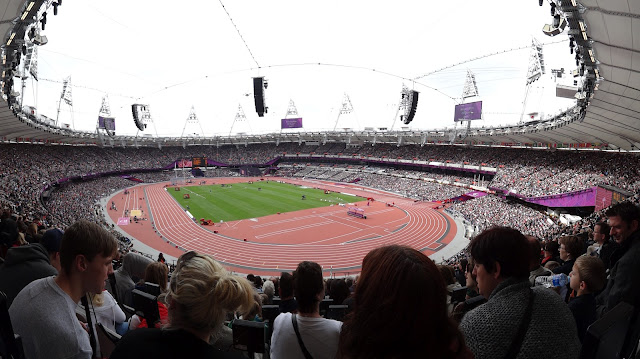 an amazing venue, such a great atmosphere 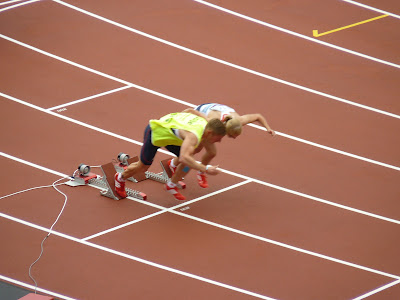 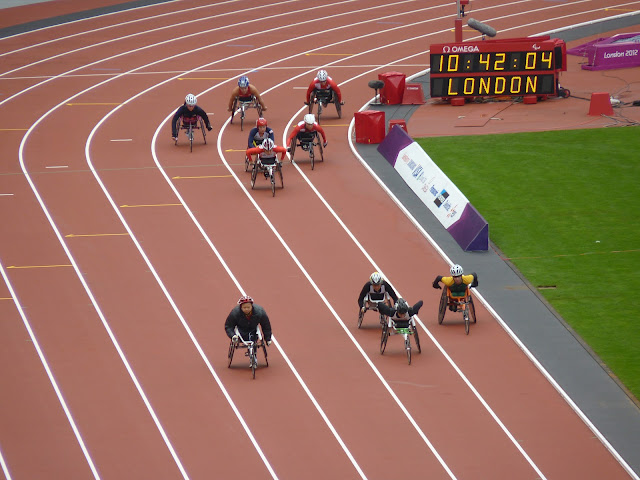 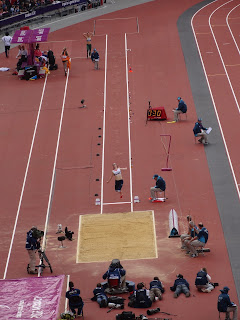 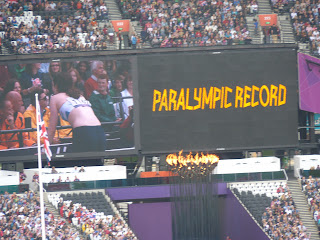 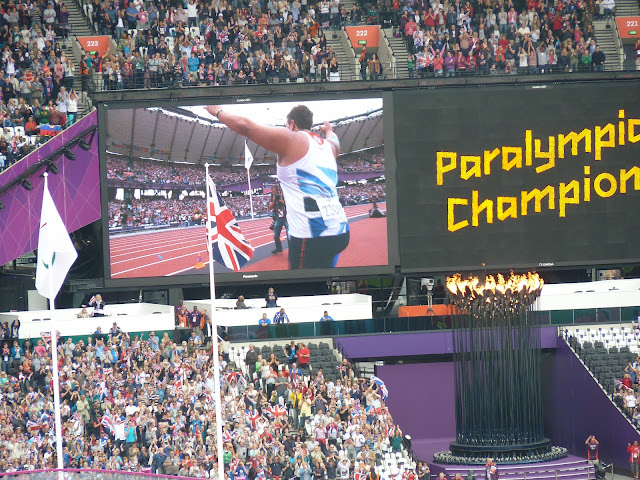 that was my weekend - hope you all enjoyed the tour around the olympic park! 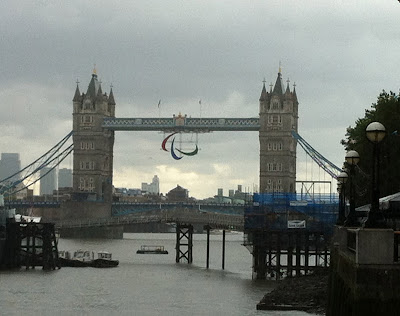